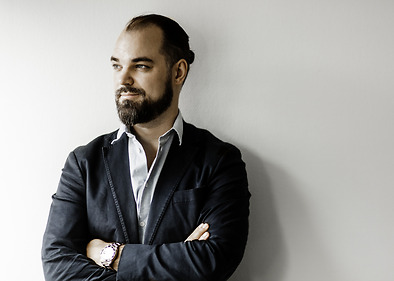 Meet the founder of Aweria, Karl Ahlstedt, who is working for a better future for emergency care.

"We are vastly improving the digital tools with which emergency care is conducted. The result is better patient safety and increased capacity for healthcare providers.”

Aweria is deeptech of the week!

Developing digital systems for doctors, nurses and paramedics in emergency departments and ambulances to help them keep track of patients and collaborate more efficiently.

After starting his career working as an IT consultant in systems development straight out of university, Karl Ahlstedt soon became involved in several projects in the public sector, with customers such as the National Police Board, the Transport Agency and the healthcare sector. One of those projects sparked the idea behind Aweria.

– Essentially, I am a problem solver and I'm inspired by difficult challenges I can dig into. Eleven years ago, I got engaged in a project to analyze the information problem in emergency care, and to come up with potential solutions, says Karl.

Karl and his team found that many of the problems in the emergency care chain relates to information exchange between the many different organizations involved.

– Later that became the business idea behind Aweria, which solves many of those problems by having a holistic approach to emergency care and connecting all the dots in one coherent platform, Karl explains.

Aweria provides applications for doctors, nurses and paramedics who work in an emergency department or in a prehospital setting. The system keeps track of their patients and help them work together and do things more efficiently.

– We are vastly improving the digital tools with which emergency care is conducted. The result is better patient safety and increased capacity for healthcare providers, says Karl.

Nowadays most people agree on the importance of utilizing smart e-health solutions, and a good approach to implementing them is smaller agile projects, Karl explains.

– Traditionally, the public healthcare sector has been somewhat hesitant to implement new technology. The processes are slow and it can take a long time to get a new system up and running in a clinical setting. This is something we had to learn how to navigate through, where agile principles have been a key success factor.

Backed by the incubator in Borås

Aweria is backed by its home Region Västra Götaland, and the local incubator in Borås, helping Karl and his team to commercialize the idea.

– They supported us in the early stages with funding, and introduced us to Ulf Lindskog and Jerry Fredriksson who later became the lead investors in our seed round back in 2014. That was when Aweria became more of a proper startup company, instead of a development project.

The future is bright

Aweria works very closely with their customers to understand their needs and the future of emergency care. They have also partnered with Tieto, one of the leading e-health companies in the Nordics. Currently the platform is in use in 10 emergency hospitals in Norrbotten, Halland and Västerbotten.

– It’s exciting times for Aweria! We recently moved in to a bigger office in the heart of Gothenburg. We are hiring a lot of people and are investing heavily in really cool technology that is being released this year, so there is a lot of things going on, Karl reveals.