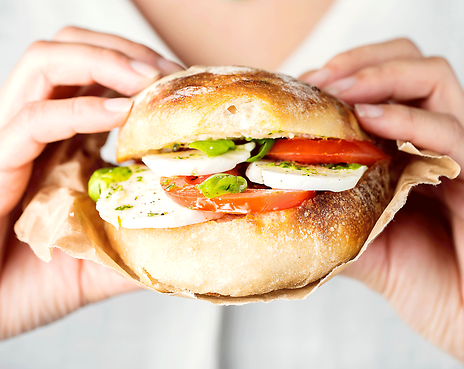 “I always try to keep my dad's motto in focus: “if I don't have fun, I'm doing something wrong.”

Maisha Deli is deeptech of the week and one of the 12 winners of the 2017 ÅForsk Entrepreneurial Scholarship.

Developing a premium sortiment of vegan foods, mainly focusing on consumer favourites cheese and butter made with plant-based ingredients.

Anna started working directly after high school and have since then been experiencing several different occupations.

– They have all shaped me and created the broader foundation I stand on today.

Starting her career as a hairdresser and make-up artist, where she ran her own company for 3 years, Anna fell inlove with the creativity and human relational part, however it left her having difficulties with the shallowness of the beauty and fashion industry, she explains.

– I decided to study a bachelor in behavioral science and psychology, and as a part of my studies I spent one year in the US and three months in Tanzania. During this time, I founded a non-profit organization (MYM Tanzania) that is running development projects for children in Tanzania. This was, and still is, the most complex and challenging task I have ever done, but also so enriching and meaningful.

After additional time in Tanzania, Anna wanted to level up her skills and expertise in the area, so she decided to study a master's program in international development and project management.

– While I was working with UNICEF in Malawi, I realized that being a small part of a big and bureaucratic organization was limiting my passion and my possibility to make an impact in the way I wished. Instead, I wanted to work closer to the people and local environment, and bring change by working on smaller but more holistic projects, which hopefully could spur greater change through ripple effects.

Anna described herself as an energetic visionary with a big heart.

– I strive for making an impact and I want to spend my time with meaningful tasks, not only for myself but also for the society, nature and other living beings. Also, I always try to keep my dad's motto in focus: “if I don't have fun, I'm doing something wrong”.

The whole idea of Maisha Deli started, as many startup stories do, with love and a basement:

– I, a cheese-loving girl fell in love with a guy who turned out to be vegan. I begun to cook and eat more and more plant-based food, but I missed cheese. After extensive research I started experiencing in Johannes basement in Germany, with the mission to create a plant-based cheese so good that would’nt miss the animal-based one.

The first cheese was a complete flop, Anna tells us.

–  Neither taste or texture was satisfiying. But during my second experiment, it both smelled and tasted... cheesy.

With the knowledge that there is a huge growing need for good plant-based food, Anna has been fully determined to continue developing the vegan cheese, along with other delicacies, so that others can enjoy her products too while at the same time promoting a sustainable and caring food industry and consumption.

– I am inspired by genuine artisan food and have put great effort in developing traditional dairy techniques and apply these on plant-based ingredients instead of animal milk. In this way, I have created unique tasting products that will enable people to eat plant-based food – without sacrificing good taste and variety.

The goal of Maisha Deli is to offer the most desirable plant-based products in Sweden and the whole of Europe. The vision is to transform the general perception of plant-based foods - from being a substitute - to become the natural choice for everyone.

– The toughest challenge has been and still is: to start something innovative and different within an industry that is new to me and where I don't have any network or professional insight since before. The food industry in Sweden is also extra challenging for small actors as it is dominated by a handful of big actors.

With connections to Krinova in Kristianstad and Företagsinkubatorn at Dalarna Science Park in Borlänge, both incubators has had a great positive impact on moving things forward, Anna explains.

– Företagsinkubatorn has been helpful in the initial idea stage when they asked me important questions during conceptualization. Krinova came in a little later but has been truly valuable for product testing, further conceptualization, and for the process of taking the developed products closer to commercialization. Also, their belief in me as well as the business idea has played an important role for me to continue thriving. This is something that I am very thankful for.

In addition, the ÅForsk Entrepreneurial Scholarship will help to fund fundamental steps that Anna and her new business needs to go through before commercializing her products to a greater audience, she explains.

– It was with an amazing feeling of happiness that I received the news of being elected. I feel extremely honored and proud of the recognition, and very positive about the future. As I wrote in my application, the scholarship will play a major role in helping me to achieve the goal of launching three unique food items on the market this year.