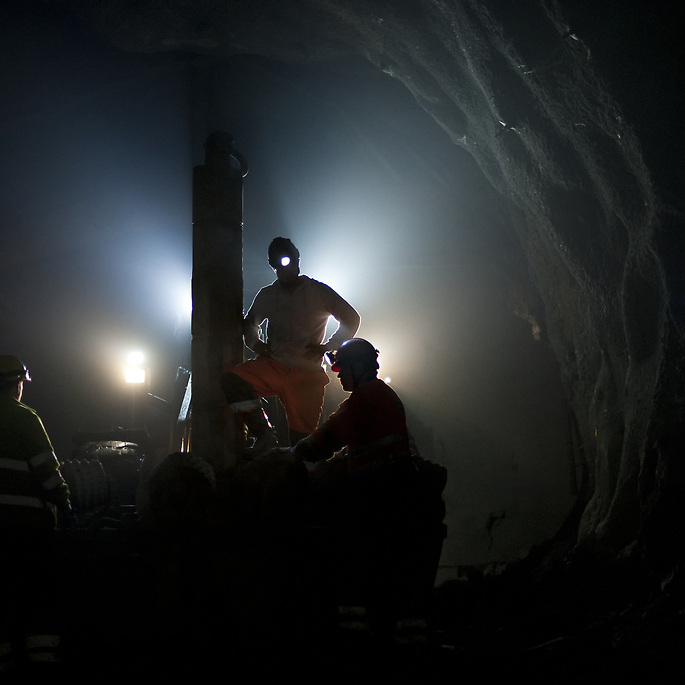 Here's why the innovation scene should monitor Skellefteå

The southern entry to Swedish Lapland. The Golden City. Famous for its woodtech industry, storytellers, hockey talents and 200 plus lakes. A creative melting pot, gamification of mining and Sweden’s answer to Austin some say. Here’s why the innovation scene should monitor Skellefteå.

Creative Summit, mixing main stage setups with workshops, parties and “very secret ingredients not allowed to mention”, is one of the most significant example of the uniqueness of the region. Reaching out to techies, multibillion companies, innovators, creatives and futurists, Creative Summit aims to build environments where people from all over the world can meet.

Among the initiators and driving forces is the local business design agency WDO. I met with Damian Dugdale, telling me about the backstory of the annual event that is “held under the midnight sun”.

– It all started with WDO, North Kingdom and Hello Future. There is a great video that I think will tell you all you need to know, says Damian and continues:

– The theme this year was The Future of Work. We've been banging the drum that change is coming and we need to adapt for years. I think the one takeaway for me from this year was that over 300 people got to hear about it too. It's not that they didn't know, but on the stage we had some great speakers telling some great stories and sharing examples. The future isn't about robots, it's about people. I firmly believe Skellefteå is ahead of that curve, because of the people and companies we have here already.

Damian and his family moved from hectic metropol London to a village called Bygdsiljum on the outskirts of Skellefteå, nearly 14 years ago.

– We came because our first child was born and our priorities changed. It was no longer about career ladder, but providing a safe and clean environment for the family. That my partner was from the village also helped, Damian explains.

As for Skellefteå, it's changed, he tells me:

– Not so much with how it looks, although there are more buildings going up now, it's the people. There is a greater desire to make change happen. We also have a clear desire from the top of the municipality and because of that there are more things happening and a direct result of that is more success. It's almost as if there is a willingness to take more risks... Initially because others were taking them, but now we're learning.

Damian explains how the development over the past couple of years has been work put in the past five or six years. Innovation and growth takes time and entrepreneurship needs to be supported, and it has and will continue to be, he says.

– But Skellefteå needs to look at other models and they're doing it. The next thing I think we'll see is the municipality and local companies come together to work on commercial projects together, but not as customer or supplier, but in partnership. Think of it as everyone in Skellefteå as different divisions and everyone working on an intrapreneurship program - everyone will come together to share the commercial risk as well as the commercial reward. It's not something I've heard spoken about yet, but when a large organization wants to expand their innovation program, this is one of the more mature options to drive transformation.

The local growth is seen both in physical buildings and new business constellations. Coming up in a couple of years is a central 19 floor all wooden building making the new hotspot for culture and meetings.

The architecture and decor is quite impressive too. All wooden surface, asymmetrical shapes, a big flight of stairs along with a house logo in a typical Swedish minimalistic style greeting you at the door. Best part is, everything’s built and labeled with reference to Twin Peaks. Have your meeting in “Laura Palmer” or “Log Lady”, or host an event in “Pansalen” (which, fun fact, used to be the teenage go-to some 20 years back). In the basement, there’s an innovation lab called The Red Room.

– Life at The Great Northern is developing into an ecosystem with cool competences that are really starting to find its place. As with anything that’s built from scratch, it takes time. People and businesses need to shape their roles and find the spot to where they can grow. It’s actually happened quite fast, says Stina Berglund who is Biz Dev at Region Västerbotten, based in The Great Northern, and continues:

– Skellefteå Science City has been completely phenomenal looking at the infrastructure in meeting new needs and really making things happen. It is much appreciated and has made it easy for us to kick start.

Stina and her team works with entrepreneurs and startups coming from the creative sector, several of them based in the house. “It has turned out just like we hoped”, she says.

The 29 housing organizations, among them IUC Norrbotten, PWC, Arctic Business Incubator and house runner Skellefteå Science City, is collaborating organically as support functions around the companies, Stina tells me:

– In the beginning, you could notice somewhat territorial marking tendencies, but that feels totally outdated and so counterproductive. Today, the uncertainty is gone and everyone seem to recognize the benefits in an open collaboration culture.

Co-owned by the Skellefteå municipality and Skellefteå Kraft (one of Sweden’s biggest energy producers), Skellefteå Science City stimulate startups and accelerate innovation in established companies, attracting both talent and capital to Skellefteå.

– We focus on coordinating and developing the region’s innovation support system by working on issues that are important to our actors, such as startup capital, international communication and exposure and regional, national and international partnerships, says Innovation Manager Emina Kovacevic who’s been working at the science park from start.

Skellefteå Science City don’t support individual businesses, but rather actors that could provide this service to the local business sector.

– We have many great actors in our municipality and by running The Great Northern innovation house we are aiming at creating a great place for them to act in, Emina explains.

Thru their newly funded project Intersective Innovation, run together with Piteå Science Park and RISE, a platform for open innovation will be built.

– This will all come together through meetups and workshops where companies from different segments can engage and create new products and services with the support of the project team.

Skellefteå Science City is also running Innovation Game – a project specializing in gaming, providing a testbed and expertise to the industry.

– Skellefteå has always been a great industrial town. Now a new generation of local entrepreneurs is becoming successful in new business areas such as IT and gaming.

I look forward to seeing a collaboration in the future between these new digital industries and our traditional engineering industry. From that mix a lot of cutting edge solutions can be developed, and that is just what we try to inspire at Skellefteå Science City, Emina concludes.

Next: Full list: 26 out of 50 #schallenge finalists coming from local incubators and science parks