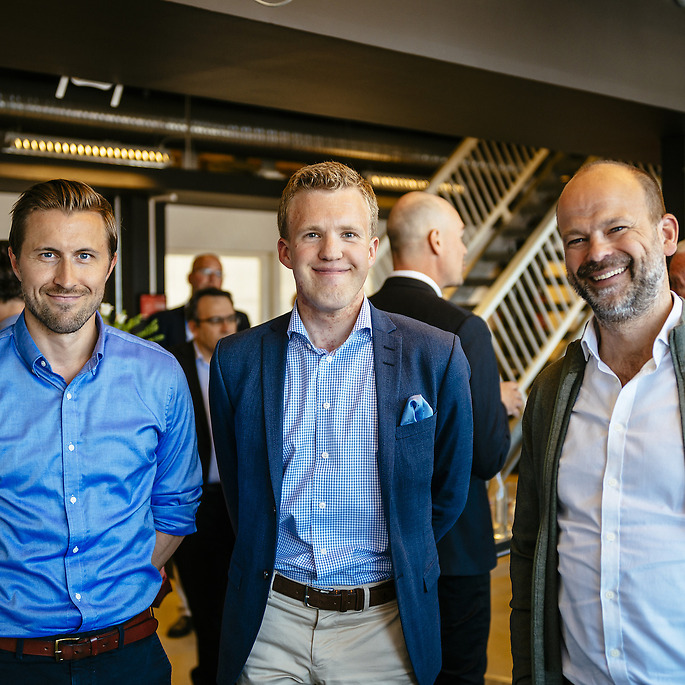 - while Ignite Sweden counts 1000 matched meetings between startups and corporates

Ignite Sweden can already showcase several successful collaborations like Alfa Laval and Ekkono. A recent addition to its successes an AI-powered energy case between Stockholm Exergi and Sentian.ai.

In conjunction with the Nordic Clean Energy Week, Ignite Sweden brings 13 corporates and 51 startups to MINC incubator in Malmö this week that happens to coincide with the reach of 1000+ tailored matchmakings with a total of 184 startups and 48 corporates.

One of the Ignite meetings is between the artificial intelligence startup Sentian.ai and Stockholm Exergi (former Fortum Värme). They first met in Malmö late September 2017, during a previous Ignite matchmaking event. Today, that is less than a year since their first meeting, they are running a pilot together.

– We hit it off from day one. It was the two halves of one solution coming together, our technology and their needs, says Martin Rugfelt, CEO and founder of Sentian.ai.

– We have been already carrying out pilots in our facilities around to how we operate and maintain the power plants. Collaboration with Sentian.ai have been valuable for us to understand new applications and the potential in digitalizing our processes, says Gunnar Borgström, Head of Digital concepts at Stockholm Exergi.

Sentian.ai and Stockholm Exergi are collaborating on a learning anomaly detecting solution for distributed heating plants, meaning identifying when something is not right in the power plants.

– From a startup point of view Stockholm Exergi is an ideal partner. They have the will, the means and the preconditions for a successful collaboration, says Martin Rugfelt.

– It has been extremely beneficial for us to work with startups, in this case Sentian.ai, as we can learn a lot, both form their expertise in the area but also about how to approach challenges in new ways, says Gunnar Borgström.

Stockholm Exergiand Sentian is just one of 1000 tailored meetings that Ignite Sweden have arranged since their inception. Half of those meetings has resulted in a continued dialogue, with 18 projects commercialised to date.

To increase the pace of innovation and economic growth, it's necessary to establish tighter bonds between Sweden’s great startups and large corporates. Ignite Sweden is a national initiative and will run until January 2020. The overall aim for the project is to help startups to find their first large customers. The project is led by THINGS, STING, LEAD, MINC, UMINOVA and SISP. Ignite Sweden is co-funded by Vinnova and supported by the Swedish Energy Agency.

Next: ERIK ASPH HENNERDAL ON A CHALLENGE FROM SWEDEN