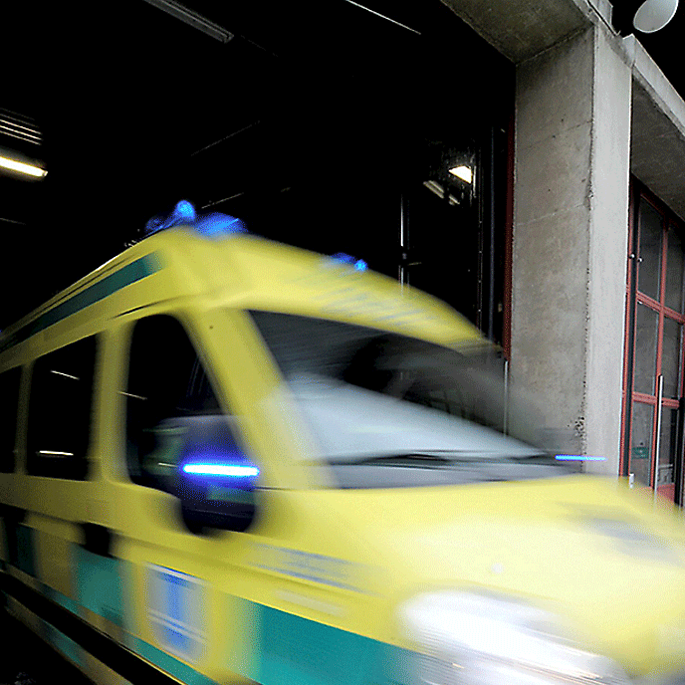 Open innovation is an efficient (but not always known) tool and method for helping both public and private actors to meet real needs with new, innovative solutions.

Here’s the story of Västra Götaland’s successful IVPA application: A software solution for a more efficient way to connect nurses with patients while awaiting the ambulance.

Starting off as a Strömstad and Tanum project for collaborative health care back in 2009, Samverkande sjukvård is now an established initiative in Region Västra Götaland. Seven more municipalities Sotenäs, Munkedal, Mellerud, Åmål, Lilla Edet, Färgelanda and Orust (soon also Dals-Ed and Bengtsfors) has joined forces since, all to reach the objectives: Right care at the right time and place; Joint resources for the use of the whole society, and; Building an arena for improved collaborative growth.

Accordingly, IVPA is an acronym roughly translated to “awaiting the ambulance”, connecting nurses and patients in cases where an ambulance isn’t yet available to start the treatment.

However, the problem with the existing system was it couldn’t tell the geolocation of the nurses and as such, calculate the potential time saved.

The following steps of the process was problematic too: the nurses had to call in (and hold) to reach SOS in order to inform them on availability, receive patient reports, directions and other necessary information to then finally act on the call.

In many cases the nurse arrived at the same time as, or even after the ambulance which made the whole call-out pointless.

The IVPA application was to change that.

– We approached AmbuAlarm and SOS with a first mission to boost the existing alarming systems, says Marcus Lawson at Ambulansverksamheten.

– Among them, reliability and integration with SOS CordCom (which is the data system for alarm management). However, there are also flaws in the system which did not meet our specification. Our mission was to position IVPA nurses, manage patient data, and report back to SOS.

At that same time, Marcus and his colleagues got connected with Lindholmen Science Park.

– A big advantage working with Lindholmen Science Park is their capacity to efficient development, and the ability to move faster than the rest of the region, being slowed down by IT regulations and such. In addition, they have a great cooperative environment and close cooperation with organizations like SOS.

Run by the science park, TUCAP is a technology development centre focusing on modern communication technology to support and improve the effectiveness of the Swedish emergency services.

– They had already started developing an app for alarming voluntary workers in rural areas and after hearing their pitch, the TUCAP solution Optires, working in iPhones and sending real-time updates on the nurse’s geolocation back to the SOS operators, became our first-hand choice.

Next step is to develop even better features for the app, both improving the user experience and the backend side, says Marcus:

– We’re also working on sharing and applying the solution to new industries that could benefit from it.

Learning from an Open Data Model

The Lindholmen Science Park and TUCAP model is to design collaboration projects with actors such as need owners, the industry and academia together with relevant national agencies and other parts of the public sector.

– We design and run pilots serving as sharp demos that can be evaluated, iterated and ultimately, spread and used as shared knowledge, says Ola Stensby, Head of Security Arena & TUCAP.

Everything is based on an open data structure, with Lindholmen Science Park as a non-profit and neutral actor, Ola explains.

– After 10 years in action, we’ve learnt that engaging the end-users and keeping it simple is the two perhaps most important ingredients for project success. One way of doing it is building on existing technology as much as possible. Hence - we simply designed the solution around smartphones and tablets!

Next: Sasan Shaba on commercialization and the greater purpose of doing things