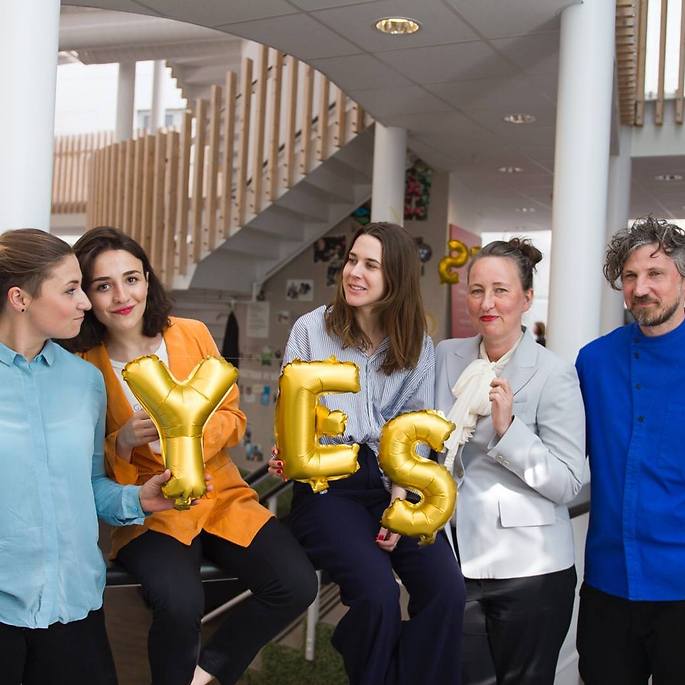 Femmetrepreneurship with Ana, Anna and Anna

A check-in on diversity 4.0 with the organizers behind The Yes Day 2018

First off, what is the Yes Way?

The Yes Way is a three-year project, initiated by Ideon Innovation, that aims to create a more diverse and inclusive startup community. We will primarily focus to provide women with a new kind of support system, tailored to their particular needs.

The Yes Day is this.

What's the status of the femmetrepreneurship scene? Are the stats improving?

The overall statistics aren’t improving, actually in some ways they are getting worse. The percentage of women getting venture capital in Sweden has sunk from 3 to 0,7 percent in one year.

However, our project has shown that they can be improved in some ways – since we started our project the amount of women applying to the incubator has risen from 10 to 70 percent in a year.

“Why care“ about diversity?

Research shows that diverse organizations perform better financially. There you have it.

“Keep it simple for people to understand" by Kristina Wicksell from Make Equal about success factors in campaigning for social change.

The Yes Day was a lot about making new connections, partnering up and passing it forward.

“Oftentimes it helps to badger” and “you’ll never be ready, just do it” said 19-year-old super entrepreneur and keynote Negin Azimi.

Negin also told us to ask ourselves a couple of straight-up questions:

When was the last time you took a stand? And, who do you need to meet?

What are typical misconceptions, or some of the "dos and dont's" when it comes to diversity management?

We often find that people think that diversity means to include someone ”odd” in an existing structure and teach them how they need to act to function in that structure and that just by doing this, the organization is ”diverse”.

However, diversity is about allowing the differences to change the structure. To be open, to listen and having the guts to admit that your way of seeing things might not be the right or the only way.

Best hands-on tip to improve or make a change in your own organization?

Change happens everywhere. So wherever you are in an organization, your attitude towards diversity matters since everyone helps to form a culture.

If you work in an organization that is not very diverse, you have to make it happen by bringing in whatever you lack in terms of gender, mindset, ethnical background or experience.

Then you have to work with the differences by acknowledging them, talking about them and slowly creating an environment where it is okay to disagree, to experiment and to change one's minds every once in a while.

Next: A toolkit for Talent attraction, and why you should care