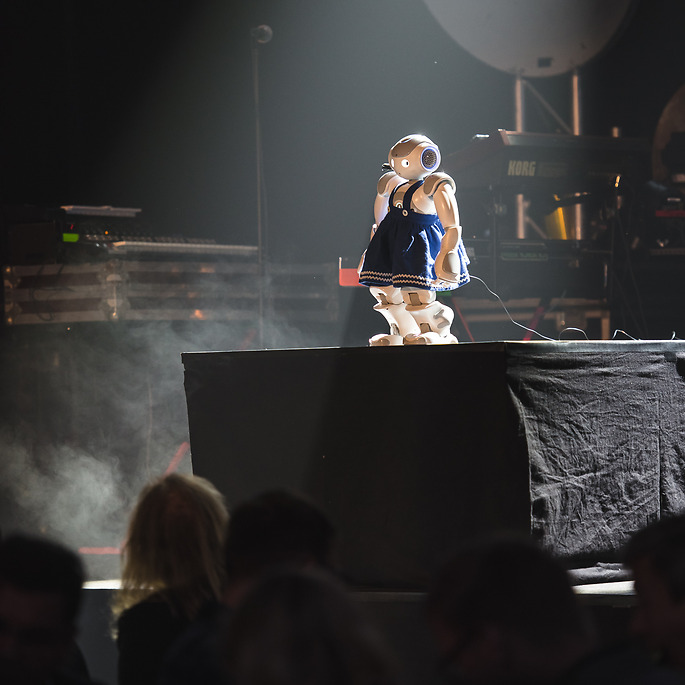 First day of summer was spent in Lund, witnessing the very latest from science and technology at Ideon Science Park as a part of 2017’s edition of Skåne Innovation Week. The Ideon mission? Growing into Sweden’s national hub for robotics.

Moving into a robotics society

Founded in 1983, Ideon Science Park was the very first in Sweden. Today housing a total of 400 startups and scaleups, gathering 9000 people, Ideon has developed 4 core areas of expertise: Smart Cities, Smart Materials, Healthtech and Future Transportation. As a part of 2017’s edition of Skåne Innovation Week, robotics and AI was the main attraction.

– Skåne innovation week is an attempt from the region to pull all our different innovation players and companies out into the limelight to show the World how innovative the region is. I think 100 different events all over Skåne is taking place this week. Ideon has for the last 2 years been a part of it and this year we show off our focus areas bringing up the discussion about the challenges when moving into a robotics society, says Mia Rolf, CEO of Ideon Science Park.

It all starts early in the spring with inspirational meetings where they scout co-partners, Mia explains:

– And if we do, the region adds a little money to our budget, to promote cooperation. During the events, we plan cross-meetings with the region, the city and the clusters, to add flavors to the mix of innovation players, and bring in the innovation companies in the region, and especially from our science park.

Between a speed world saving workshop and a fika

The Storytel saga turned to “Saving the planet with technology”. Led by business network WIN Water, we got to watch some seriously good pitches from Ideon startups Vultus, Orbital Systems and ReGen Villages.

– We learnt that social innovations - including technology - really are ready to save the World. If we work together it might go quicker. No technology will work if not complemented by a change in behavior – and adaptive legislations. Robotizing also is an important opportunity for the SMEs to bring home the manufacturing – since the labor efficiency is better with higher degree of technology. This is something we work on together with IUC Syd who is starting a robotics cluster in the region, says Mia Rolf. 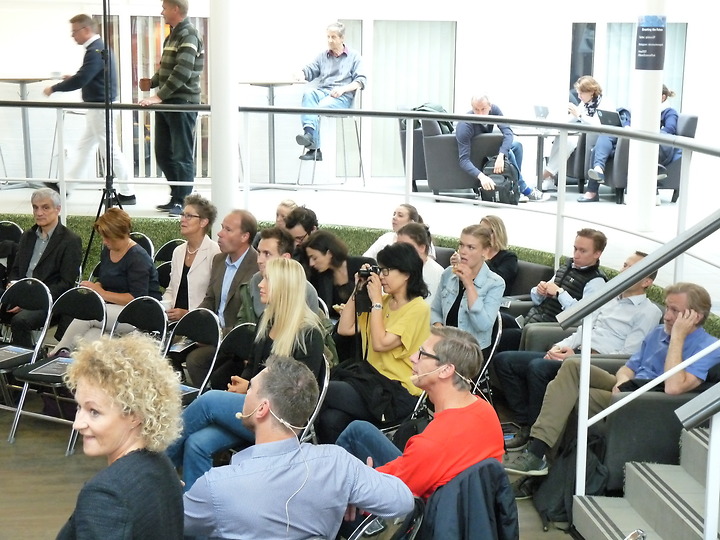 Vultus is a dronetech startup using satellite and AI technologies to help farmers optimize the placement of fertilizers and pesticides, sustainably accelerating food production for the growing world population.

Referred to as the Tesla for showers in Forbes, and based on founder Mehrdad Mahdjoubi’s work with the NASA Mars missions, Orbital System’s technology recirculates water instead of wasting it. A definite must have IoT solution after finding out the average Swede waste 200 liters of water – per day.

– Orbital was the first company entering WIN connected to Ideon. Thru WIN, we’ve accessed a unique network and received the opportunity to interact with key stakeholders. My biggest takeaway from today was listening to other’s journeys and challenges. It’s always good to get an outside perspective, says Sara Sterner, Executive Director & Interim VP Marketing who pitched Orbital Systems on stage.

ReGen Villages is building highly connected eco-communities, self-sufficient in energy, waste and food production. Technology is used to effectively create a new version of the traditional village. The ReGen pitch ended with a “Welcome home.”

Inspired by the learnings of 3 world improvers, everyone in the audience joined forces in a speed hack for solutions on saving the planet. Outcomes ranged from a system level innovation platform for minimized risk among innovation actors, to a sustainability peer pressure solution enabled by color changing doors.

However, the hottest topic was without doubt whether robots will take over our jobs or not in the future –

According to Mattias Fras, Group Head of Robotics Strategy & Innovations at Nordea, the formula for winning as a large corporation is having the guts to invest in innovative solutions combined with an open mind-set and removed conventional waterfalls.

“Robotics Doctor” (for real) Maj Stenmark and Klas Nilsson, a productive robotics researcher, both from the Faculty of Engineering LTH, shared insights on the latest robotics research. The biggest takeaway was perhaps that “robots and humans make the perfect combination” as Klas and Maj pointed out:

What is viewed as an easy task for us, cleaning the house being one, is in fact very complex for a robot to perform. However, serving as a self-driving car is not. Hence, robot and human skills will both be needed as complementary to each other. Fingers crossed.

The afternoon continued with AI geekiness talks and a fireside chat. Gathering experts from LTH, Nordea and software design studio Jayway, topics among the panel went from Body Chip Implementation Parties to Robots taking over the world.

What can we do already today in order to avoid “technology dystopia” of tomorrow?

Open up for change; Understand technology; Have a holistic view, and from time to time; Stop and think, was the summed-up answers from the expert panel.

– We learned that there are many levels to discuss when it comes to robotizing the society, both in terms of “is AI part of robotics” or “What could have laid off personnel do to recover from being exchanged by a robot” and we will happily be in charge of continuing the discussion into more philosophical or humanistic views. We want to prepare the society for what will come and make sure that Lund and Skåne is on top off this issue and not lacking behind, Mia Rolf explains, and adds:

– We also learned that it is a hard work to disrupt a conservative industry, even if the digitalization is creating new means for us to do so. An acceptance of a Roller-coaster every day and a stick-to-itness is important, money to endure hard times and a bit of luck to succeed.

Bring your robot after work

Moving from slide decks to software, LTH and Synerleap powered by ABB had brought some special friends to Ideon.

– I am definitely a robot supporter, but I forgot my daughter’s robot, that is programmable and really cute! She was really upset, especially since she is planning to become an inventor when she grows up! But now I am kind of a robot myself – as I chipped myself this week! Check out the film on FB.

Wrapping up the day with a robot exhibition and local premium foods out in the yard – I’d say that’s the typical science park take on a perfect ending.

Next: Peak Region is one of Europe’s hottest sportstech scenes