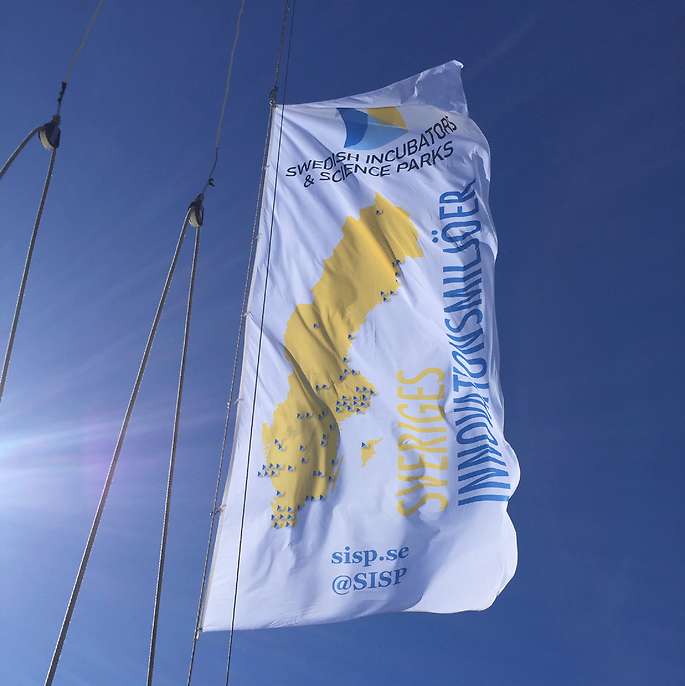 Seven days, over 4000 registered seminars and around 550 of them deepening on innovation. The 2017’s edition of Almedalen Week shed an even brighter light on entrepreneurship, sustainability, digitalization and industry disruption than ever before.

One of the most talked about happenings during Almedalen Week was the fact that SISP member Serendipity brought no less than 50 innovative growth companies to the island – “outnumbering the social democrats on set” (Camilla Wallin, manager of the competition). Serendipity Challenge, with its astonishing finalists and a majority coming from either an incubator or science park in Sweden, was without doubt one of the main events.

Accordingly, this year was the first to have the famous party leader speeches include tech companies as vital stakeholders for our future growth.

The amount of established companies ready to explore the benefits of startup collaborations and multinationals wanting to boost innovation within their company is growing by the day. We heard SAAB, Ericsson (Garage) and Synerleap powered by ABB among many others emphasizing the importance of staying competitive thru an open mindset and inviting startups to the party.

#3 Can’t get enough of corporate venturing

Di Digital hosted everyday breakfasts running thru notable insights and digital trends. One of them - including a sweet mix of representatives from the government and a national agency, a big corporation, a startup, and an innovation professor - was digging deeper into the world of corporate venturing. If one message each, this is what they wanted us to know:

The sustainability take on the fashion industry wasn’t just a PR success during Almedalen Week 2017 but a clear sign of the big change that is really happening too. For one, the Swedish Fashion Council arranged “Almedalsgarderoben”, lending and auctioning out clothes to famous names (simultaneously meeting the need in changing outfits while running between seminars and mingles in the unpredictable Swedish summer weather…).

In accordance, the H&M Foundation, Accenture and KTH Innovation presented their Global Change challenge to award small, prominent players for the future of sustainable fashion along with a report on the subject. One of the solutions a vegan leather made from leftover grape peels, and another one a dress made out of argol. A definite theme to deepen on during the national conference #SIR18 on smart textile and fashtech, coming up next year in Borås (April 10-11):

Environmental, social sustainability and economy aspects are disrupting entire production chains, forcing the industry to new business models and meeting the new and emerging customer demand. More people are refusing toxic chemicals, dubious working environments and the massive consumption patterns that has dominated the past.

The automotive industry is of course another one seeing technology push and business model disruption on the same scale. For one, Swedish giant Volvo announced during the week to solely produce electric cars from 2019 – a powerful and important move.

#5 Sweden bigger than its biggest cities

Cities and regions (outside of the big trio Stockholm, Gothenburg and Malmö) are engaged in attracting large investments, one example being North Volt announcing Västerås and Skellefteå as head candidates to establish the up and coming battery factory spun out of Tesla.

The energy transition is happening - how do we find the economical drivers? A question asked by Göteborg Energi, Johanneberg Science Park, political representatives, city representatives and Chalmers University among others. The city of Gothenburg is running the project Fossil-free Energy Districts to optimize local energy usage. One topic discussed on set was whether it is possible to influence the Indian government, as the country is looking for good examples from Swedish policy as well as expressing an urge to make it happen fast.

The brand Sweden is getting more and more knowledge in India, according to the Minister of Road Transport and Highways in India. The real challenge is access, he said. There is nothing like Almedalen and the potential in collaborating with Sweden, the embassy and Business Sweden is huge:

"The winners are those that can plan and go for the target - Sweden is all about following the plan. If you can't respond immediately you are out."

Awarding “the most innovative in Almedalen”-solution of the year, the eminent jury from Dagens Opinion, Cramo, SVCA, Great Beyond, and Swedish Incubators & Science Parks announced Visual Sweden and East Sweden as winners:

Together with HiQ, they designed an AR application for revisiting the politician week in 1983, listening to the prime minister Olof Palme as he held one of his many famous speeches. Yet another proof of the East Sweden bragging right around visualization technology.

#8 Hacking the Life Science sector on a system level

Important leaders and impact-ers in the Life Science industry, among them Ebba Fåhraeus (CEO, SmiLe), Klementina Österberg (CEO, GU Ventures) and Marie Wall (startup responsible at the Ministry of Economy), invited us to a progressive discussion on how to improve the strength of the industry. Key takeaways were these:

University - Industry cooperation was a hot topic, centering on growth companies (startups and scaleups), incubators and science parks which is somewhat of a breakthrough in our industry. One example is a workshop on effecting the academy based innovation ecosystem happening on set. Another one is the opinion piece “Politikervecka schmolitikervecka” in Svenska Dagbladet (read it!) highlighting science based, commercialized companies – built in cooperation with Swedish incubators.

On an ending note

Looking back at member meetups, women in tech meetups, big industry meetups around a set table and small ones on our sailboat, we can all agree Almedalen Week 2017 went down with a bang –

We were twenty plus members making fifty plus people. Seven days, a thousand interactions and one mission: developing the world’s most efficient innovation ecosystem.

< Look back at the Almedalen Week 2017 Agenda

Look forward to continue the conversation at #SIR18 >